Does your dog suffer from canine compulsive disorder? Most of us know of or have heard about an anxiety disorder in humans called OCD. It's basically when thoughts of uneasiness, fear, apprehension or worry bring about repetitive behaviors, which are aimed to alleviate or reduce the the anxiety or stress associated with them

Some examples of these behaviors include: repeatedly washing your hands, rechecking room lights by turning the switch on and off, touching a certain object an exact number of times before leaving a room, constantly adjusting items to lineup perfectly, and so on. 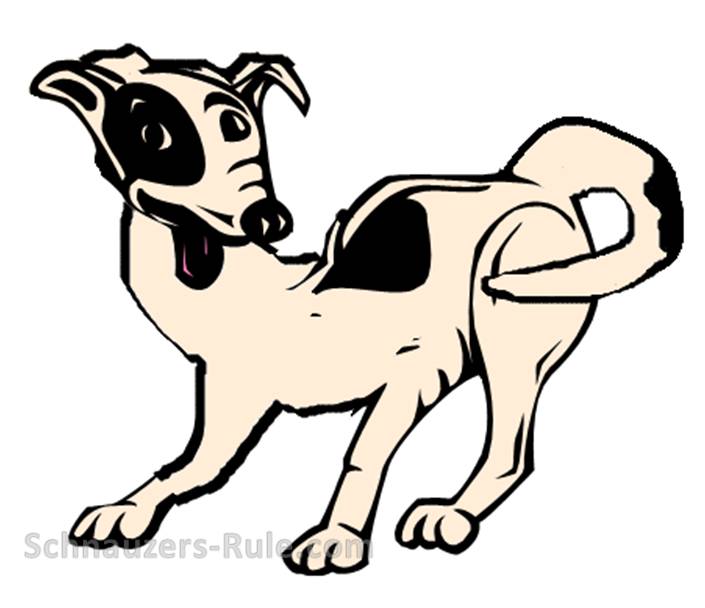 And unfortunately for our canine friends, they suffer from this same disorder. It's called Canine Compulsive Disorder or CCD. Repetitive compulsive behaviors in dogs include pacing, tail chasing, licking air, fence-running, barking, chewing, and so on. Canine compulsive disorders such as these, are one of the main reasons people relinquish their dogs to rescue groups and shelters or even choose to have them euthanized!

Scientists are researching the underlying molecular causes of this condition in hopes to find a treatment. Their current findings indicate an association of CCD and the location of the canine chromosome 7 within the cadherin-2 gene, CDH2. Read Science Daily report: Gene Identified in Dogs with CCD for further explanation.

The onset of these compulsive behaviors are also brought about in some dogs that have suffered a type of conflict or fear from changes in their environment or social standing. This could include dogs from puppy mills, dogs confined for long periods of time, dogs harshly treated, bored dogs, social stresses like separation, and so on. And the behavior that was brought about from these conflicts continue on thus becoming compulsive in nature, even after the original stimulus is removed.

A good example of how external stimuli may affect animals is by observing the compulsive behavior of zoo animals. How often do you see a polar bearing just rocking his body or a tiger pacing back and forth. Removing these animals from their natural habitat to confinement has brought about their compulsive behaviors. It's really quite sad.

Dr. Ginns, senior author of the report in Molecular Psychiatry and director of the Molecular Diagnostics Laboratory at the University of Massachusetts Medical School, states:

"Stress and anxiety, as well as physical trauma and illness, can trigger repetitive behavior that then takes on a life of its own."

Although he believes in most cases there is an underlying genetic predisposition.

No matter what the cause, canine compulsive disorder can make life pretty miserable for a dog and its owners, too. So what can you do if you have a dog suffering from CCD....

As always, if you Miniature Schnauzer begins displaying any type of abnormal behavior, first and foremost, have your vet evaluate him in order to rule out any medical causes for his behavior. For example, if your Schnauzer is a senior dog, the behaviors could be signs of dementia in dogs.

If there is no known medical cause for the behavior then, as with any other undesirable dog behavior, the best thing to do is deal with it right away, before it turns into a full-blown compulsion.

Do not scold or punish your dog for the behavior, either. Punishment will only increase your Schnauzer's stress level and could worsen the behavior. Instead try to get rid of your dog's stress by:

Remove Stress Triggers from the Environment

If for example your Schnauzer displays a repetitive behavior from being confined in a crate, try sectioning off a room in your home instead. He is still confined but in a larger area that does not cause him to stress out.

Desensitizing a dog to a trigger happens by slowly exposing the stimulus at a very low level. For instance, if the site of children playing causes your Schnauzer to bark like crazy, how far away from the kids to you need to be for him not to bark. Find that starting point and then slowly close the gap, a little at a time.

When you combine the 2 together - counter conditioning (offering up a reward for a better behavior to a stimulus) with desensitization, the results are pretty good.

There are some great over-the-counter products and at-home treatments available to help calm a dog with CCD. Here are 5  that might help:

1. Dog Massage: Massage your dog daily and you will help lower his blood pressure and soothe away his fears.

3. Train Your Dog: Spend time training your Miniature Schnauzer daily in order to provide him the mental stimulation he craves.

4. Calming Products for Dogs: that are aimed to reduce stress and anxiousness: :

Seek Professional Help: And finally, if you dog is does not find relief, enlist the help of a animal behaviorist or better yet, a Board Certified Veterinary Behaviorist to help you correct your Schnauzer's behaviors.

Just don't give up on your Miniature Schnauzer. The more you understand your dog's behavior the better equipped you will be to improve it.

Return from Canine Compulsive Disorder to About the Miniature Schnauzer

Return from Canine Compulsive Disorder to Separation Anxiety in Dogs