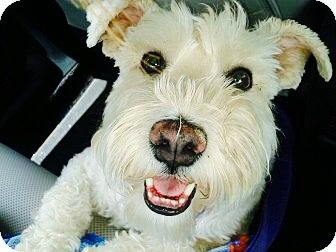 The picture that captured my heart! 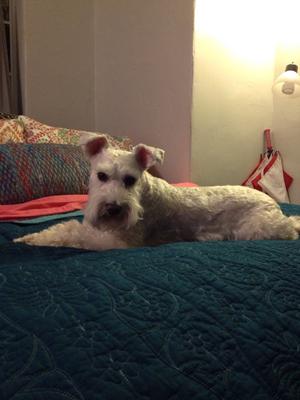 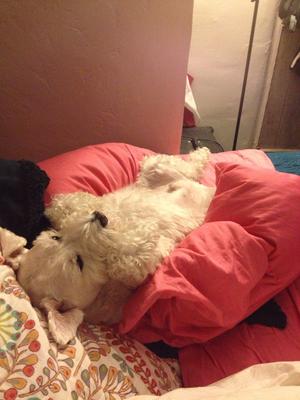 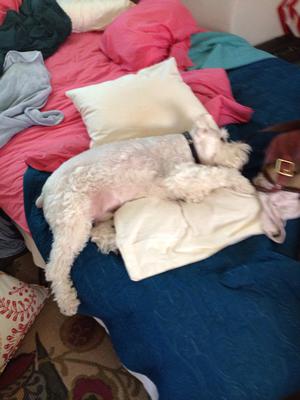 Finley, our 11 yr old Mini Schnauzer was diagnosed with congestive heart failure. We were treating him aggressively with medication but the vet gave him a month to no more than a year. We had to attend a funeral of a friend so we all jumped in the car and began our trek from Phoenix Az all the way to Spokane Wa. Unfortunately, on the way home, Finley took a turn for the worst. We had to find a 24hr vet ER in Missoula Montana where we made the pain-staking decision to put him down. I can't even begin to express how awful it was to have to leave our baby in Montana and finish the rest of the trip without him.

Experiencing gut wrenching grief, I started looking at rescues sites, not seriously but to occupy the hours we had left on the road until we were home. Scrolling through, I saw the sweetest little face, Max (now Spooky) a 4 year old Mini Schnauzer. I could not ignore him. My husband wanted to take a break from having a dog but I secretly sent the rescue an email. Upon returning home, Robin from Coppercloud Ranch Rescue (Scottsdale Az) called me. I set up a time to go see Spooky. I didn't tell my husband until the very last minute for fear of him talking me out of it. Yes, ok, a little manipulative but hey, sometimes necessary (ha). We fell in love immediately and took Spooky home a week later.

He was owner surrendered to the pound and put in a kennel with a bunch of other dogs. He shut down and stopped eating. He was then put on the E-list. Robin rescued him and found him a home however, the couple broke up and he was returned to Robin less than a month later.

Spooky is thriving with us. He is the sweetest, most affectionate pup and we are all so incredibly happy and blessed. He was meant for us and I have to pinch myself sometimes when I look at him because we couldn't have found a more perfect dog. I'm finding I don't cry as much although I miss Finley terribly. Spook has truly done all the rescuing here.