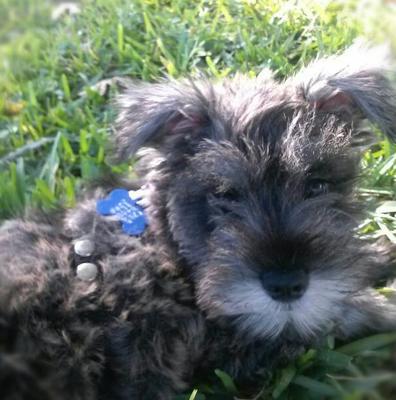 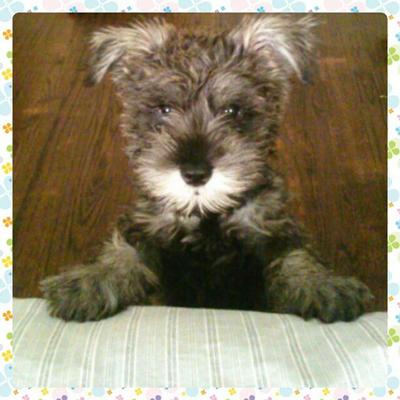 Mr. Weasley asking me to take him outside to go potty/ give him breakfast. Good boy! 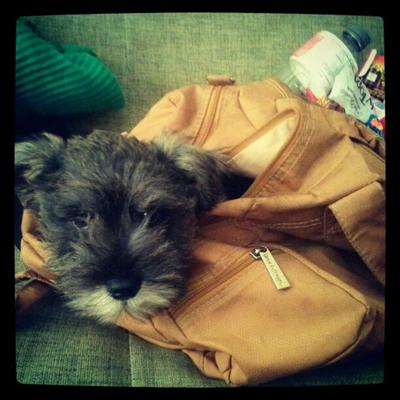 Mr. Weasley loves going to the park but doesnt know how to go down the stairs outside so have to take him in a bag. 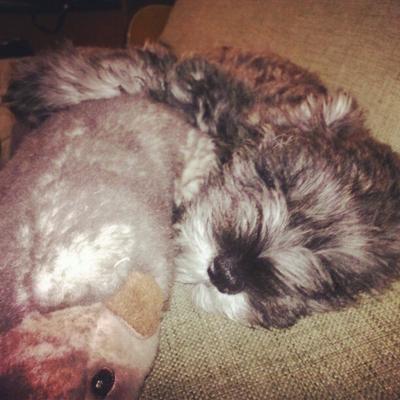 Mr. Weasley sleeping. No words for this.

Hello, this little guy's name here says it all. He is a real Mister because he acts like one. First time I met Mr. Weasley, I honestly wanted to name him "Poopy" because he was not afraid to do his thing in front of me and my husband! Haha! His owner was so shy about it but we thought it was hilarious. I honestly thought that he was a quiet and one of those shy guys because he did not wiggle when I touched and snuggled him. But.. things changed after a few days. We loved him even more because of his cheeky and confident personality. He is the most friendly but loyal puppy I have ever met.

Obviously, he loves treats, he will even sit, down, stay before you say it, such a psychic when it comes to food. He loves swimming in the tub. He meows every morning when he wakes up, that is his routine, and kind of yawn, too, telling me he is bored and he wants his breakfast as soon as possible. He loves hugging his toy every time he sleeps, such a cute sight to look at.

Wanna please him? Just say a simple "Hi" to him, tell him "Oh my God! You are sooooo cute!", pet him and you will automatically be his friend and lick you happily with a bonus wagging tail you can't really see. :)