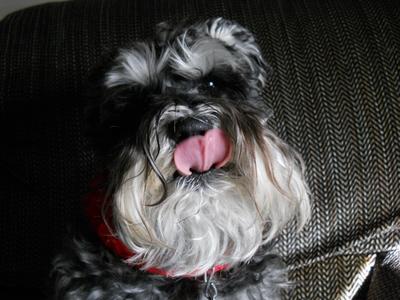 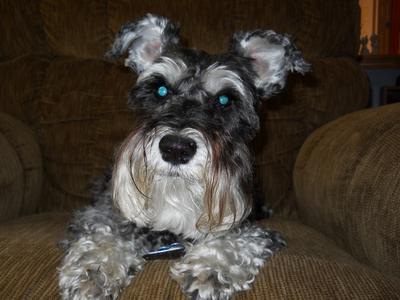 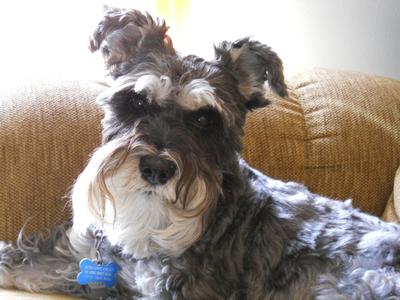 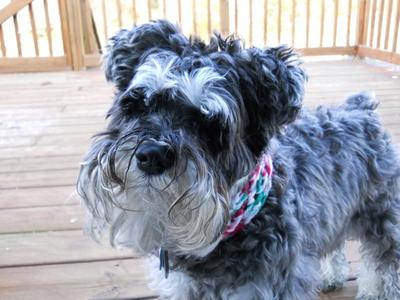 Schnapps is 8 years old and he has been our sweetheart since he was just a 6-week-old puppy. He chose us by running up to our son and untying his shoelaces.

In the cold weather, he loves to wear a knit cowl. He has one in every color and for every holiday. He enjoys back rubs, long walks, rides in the car, playing in the snow (as long as it’s not too deep) and spending time snuggled up with his humans.

He’s is a friend of the wildlife in every way. He allows birds and squirrels to eat on his deck and doesn’t even chase the bunnies that hop by him. If he notices a bug crawling nearby, he sniffs it and wags his tail.

He is a bit set in his schedule and likes things to go his way. He likes it best when everyone is in the same room and is usually only a short distance away from a person.

Schnapps is the mascot of 2 knitting charities. He is frequently found curled up with a skein of yarn and some knitting needles. He is known as the designer of many knit hat patterns.

He loves to have his photo taken and poses for the camera.

His Mom tells him that he is perfection wrapped in fur.