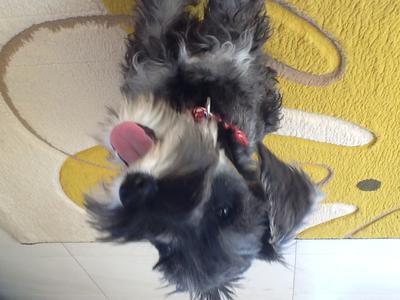 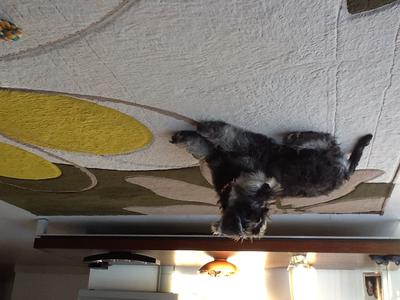 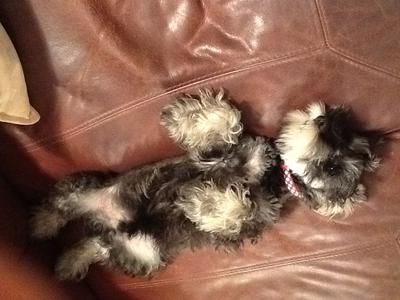 I have a 5 months male S/P named Paco. live in Cyprus where miniature schnauzers are quite rare. Therefore finding a breeder here was difficult. I wanted one so badly I decided to import one from the UK. With the help of my son whom owns 2 minis and lots of searching I eventually found a good breeder with a litter due, 4 months later he arrived in Cyprus, I was so excited going to collect him at the airport. He settled in his new home easily and was a joy to own. I've had him only 5 weeks now but it seems forever. He has learned to sit and stay in no time. His favourite toys are a dog and cat who he sleeps with in his crate overnight.

When I let him out on a morning the first thing he does is take his dog and cat outside before he even greets you. He loves to play fetch with his ball, cat and dog, something else he has learned to do. During the day he is my shadow I cannot move and he's there at my heels, so loving and affectionate doesn't leave my side. Taking him for walks is becoming easier, at first he pulled a lot, but is learning not to quite quickly. I love him to bits and cannot imagine being without him.