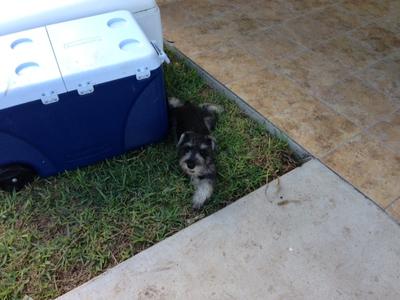 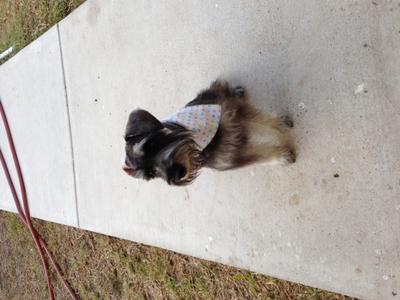 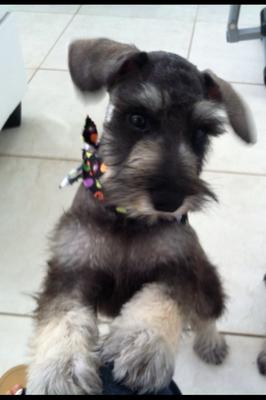 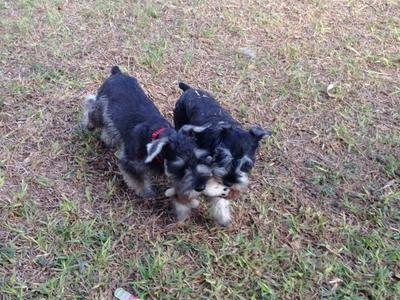 Ben is a nine month old miniature schnauzer, he was only four weeks old when he came into our lives. Ben was tiny and ended up having a stomach problem, we took him to many veterinarians and no one knew what was wrong with him. The only thing the vets could tell us was that he had some clear fluid in his abdominal area compresing his lungs, making it hard for him to breath. One veterinarian told us we might have to put Ben to sleep, but we continued to search for help until we found a veterinarian that was able to cure him. He was very sick until he was about four months old, he could not walk or move properly due to his illness.

Now that Ben is perfectly healthy he can run and jump while playing with his sister Sue. Ben loves to play touch your it, but only when it is fresh outside. Ben also wakes up at 3:30 am, and barks until we take him outside just to make sure there are no cats or birds in his patio. He's very brave but still really sweet.