The Hollywood Brigade and Their Pets 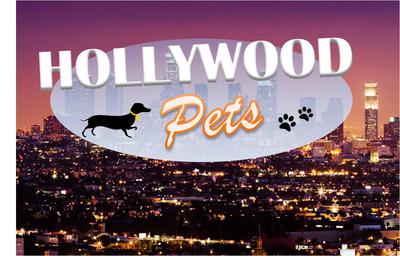 Work-out partners, walking buddies, break-up healers and show stealers, these A-list pooches are redefining the cliché “it's a dog’s life”.  While their owners or should I say their parents leave us asking for more each time they are seen out and about and make heads turn wherever they go... their furry angels aren't far behind. So it should come as no surprise that they are driving the media into a frenzy every time they are seen, and inspiring news all about them.

This is one such doggy-love post that talks about some of theses adorable, pampered pooches and why their owners and well everybody else just can't stop loving them. Britney's little bundle of joy steals hearts effortlessly. Remember how, when the tiny yorkie fell ill? We saw the troubled mother in and out of the hospital. She definitely looked stressed and believe me there was a nation praying for America's controversial sweetheart's pooch.

Hanna is not just adorable but also seems to be quite camera friendly. Those eyes can charm anybody and definitely Britney seems to have found a new best friend in Hanna. They even dress up in similar colors for TV shows. And Hanna also has a twitter account with quite a few followers! The star's love is evident as she holds her new pup close to her no matter where she is headed. Whether that's going out for a dinner date or a red carpet event. So kudos Britney, for this new found girl power!! Who needs Bieber when you have Baylor! Selena Gomez's little pup is all grown up now and what a handsome picture he cuts. We have all seen Selena's love for Baylor in her twitter pics, on the road (in her public displays of affection towards him) and at parks where they ran and fought and played like best friends. The leash was long forgotten.

Baylor is a husky, one of the most playful and loyal breeds. I am not sure if he is also the reason our Selena looks so toned and sculpted all the time, considering all the running around he makes her do. Baylor has been caught and photographed a number of times with Selena. What is also heartwarming is that Baylor was adopted by Selena and Justin when they were together. However post their break-up, Selena found solace in Baylor and obviously the dog and the girl, unlike the boy are still going strong. This Hollywood hottie is a real canine lover. However her schnauzers are pretty much grabbing the spotlight away from her these days. A proud owner of a number of dogs, she owns three uber cute schnauzers. She has confessed many a times in interviews that the dogs make her and her husband’s world go round. Heigl goes through the whole drill herself of training the dogs, feeding them, taking them out to get rid of some that excess energy and obviously introducing them to little Naleigh, Josh Kelly and Heigl’s adopted daughter.

In an interview to USA TODAY, Heigl confessed how her dogs are a blessing to her and no matter what, they never run out of love for her which is such a gratifying feeling. She also spoke about how watching Naleigh get friendly and playful with the dogs makes her feel absolutely wonderful as a mother. Heigl says, “The dogs are her best friends. We have pictures of her doing tea parties with Mojo. But next minute Piper’s her best friend and then it’s Oscar. It’s just the cutest.”

Heigl calls herself “the mad dog lady”, but I think the story is a little different it’s not just the lady, it is “the mad dog family”. In and about the city, on nature trails, airports, movie sets, interviews Gosling and George( his dog) are inseparable. A big and affectionate dog with eyes that can melt you just like his owner, George made headlines with its cuteness whenever he was spotted.

What is sad is that this dear animal is quite old now (in doggy years) and Ryan seems to be quite scared and sad about his beloved pet. In 2012 when Eva Mendes and he were filming their movie together, George could not accompany them as it was a really long flight.

Ryan Gosling was heartbroken, but Eva Mendes, his girlfriend of two years convinced him that George was not in a condition to take such a long flight and he would be best in a dog whisperer’s care. Ryan was really sad and emotional and made sure he spoke to George everyday through Skype. Good looks with a great heart and a great dog. We definitely like this story.

And You Mean The World To Me! While Hollywood is brimming with boys and girls who have pets and are deeply fond of them, I bet nobody has ever thanked their dog in their Golden Globe Acceptance speech. Such was the love between Hollywood legend Mickey Rourke and his beloved chihuahua Loki. Rourke thanked his dogs for their unconditional love and even dedicated his Best Actor Golden Globe trophy to the chihuahua he deeply loved and lost. Loki’s death left a deep impact on Rourke and he said in his acceptance speech, “Sometimes when a man’s alone, all you got is your dog and they meant the world to me.”

Owner of a number of chihuahua and equally fond of all of them, our eyes well up and there is a knot in our throats when we think of the love between Rourke and his favorite pet Loki. After the death of Loki, Rourke started wearing a chain around his neck with the picture of Loki.

Such beautiful relationships and unconditional love between human and animal is rare and simply makes my heart melt. Our stars love their pooches and why wouldn’t they? Dogs are such wonderful creatures and definitely the sunshine in our lives. The above mentioned stories and stars are the ones I have loved. But many more Hollywood stars are equally compassionate and in love with their furry friends. If you have any favorite or remarkable Hollywood dog story, we would love to hear.

Author Bio: Brian Zeng is a community manager and web presence strategist for Dog Love It, the best doggy supply store ever! He loves shopping for his lovable collie, whose name is Julie :-)