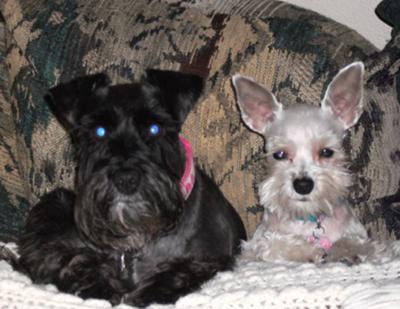 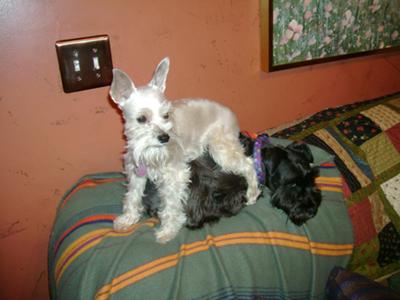 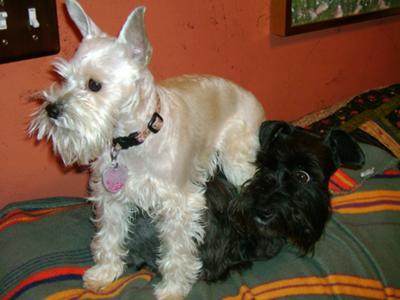 Mom! Help me! Get Piper off of me! 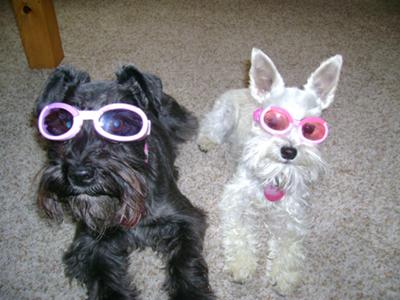 We have had our baby girl, Reggie, for 6 years. She is the love of our lives. She is a black miniature schnauzer and weighs in at around 13 lbs. She loves to play ball. She reminds me of the Schnauzer on the Iams commercial that is a "pro-baller". It is the only thing that she will not share with her little sister. She is the sweetest thing in the world.

Reggie's little sister is Piper Blue. She is a platinum teacup schnauzer. She weighs around 5 lbs and is 4 years old. She is teeny, but full of it! She has long legs and ears that have not been cropped, but stand straight up. She is our little bunny rabbit dog. We love her to pieces too. She loves her sister and likes to sit right on top of her, as you can see in some of the above photos.