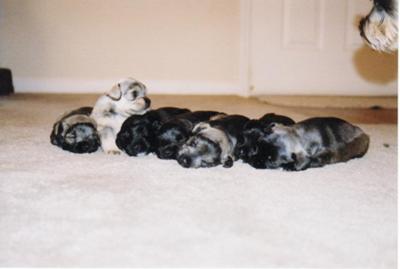 Kizer...the only pup awake looking at Momma Sophie in the corner of the pic. 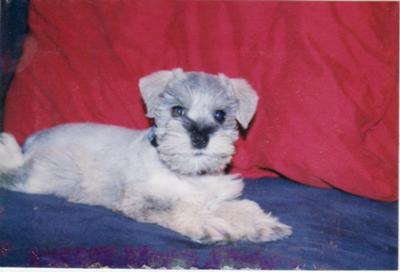 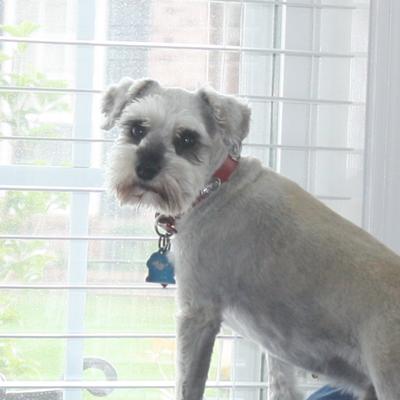 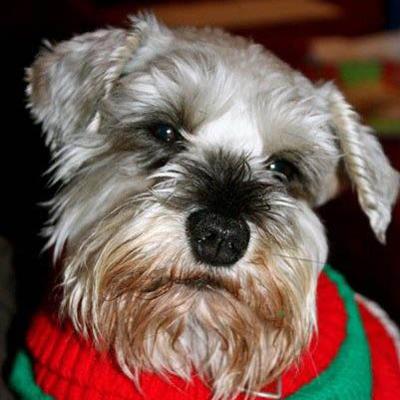 Around 6 am on 5/16/2003, I woke up after a very short nap to check on Sophie and her six little brand new black babies that I'd been up helping her deliver all night. I was already overwhelmed and overjoyed that we had six babies because we had been told from an ultrasound that there were four babies. I got an even bigger shock when I looked into the kennel and saw one little beige color boy that wasn't there when I finally went to bed just two hours earlier. That little odd color baby had the biggest personality and was the funniest lil pup of the whole litter, so he stayed with Sophie and me.

Sweet boy Kizer SHOULD have had his 9th birthday on 5/16/2012, but that was not meant to be. In the summer of 2011, I decided we had the room to help foster rescues until they found their own happy furever homes. This had been going great until December 9, 2011. My sweet buddy...my doggie soul mate...was attacked by the foster dog that was here at the time. By the time I got to him, he was already gone. The loss of my precious boy is still so painful!!

Happy birthday buddy...Momma still loves you and will always miss you until I get to hold you again at the rainbow bridge!!!!