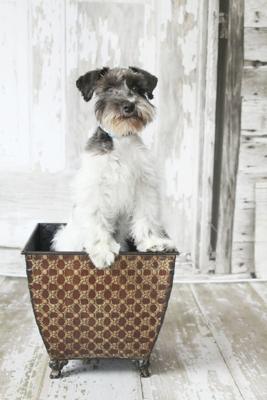 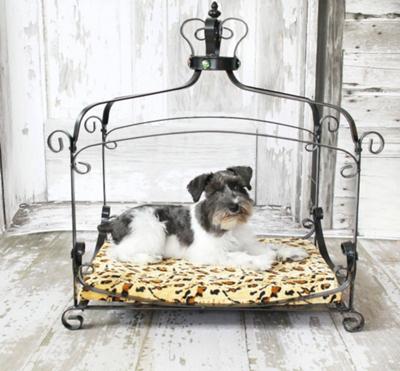 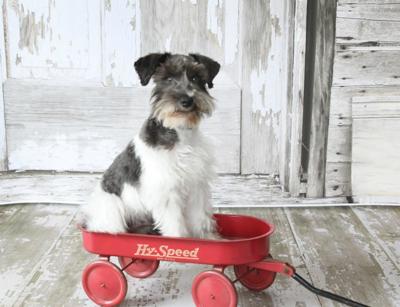 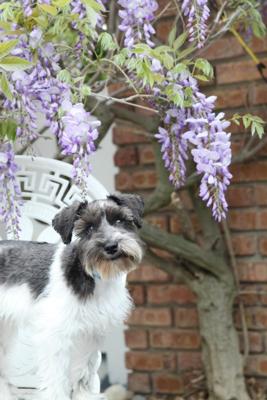 Schnauzers are kind of like potato chips in that you can’t have just one. Shortly after getting our schnauzer, Zeke, we started looking for another one. After an extensive search I found Archie on an out of state breeder’s website. After having all my questions answered by the breeder and the veterinarian he had been going to we decided to get him. Unfortunately, when we got him he wasn’t the healthiest puppy so we spent a lot of time at the vet’s office trying to get him healthy. After several months of wondering if he was going to make it he slowly started to get better. He went from looking like a rack of bones to a normal puppy and was able to rough house with Zeke without getting sick. At almost 14 months old now he still has some digestion issues, but nothing like when we first got him.

Archie loves to play with Zeke, chew on Nylabones and do agility. He is also obsessed with his babble ball, our 13 year old rescue lab mix named Akita and chasing the laser light that was meant for the cat. (To the cats dismay, he also loves chasing him too.)

He dislikes not having the run of the house while we are at work and getting groomed. As a matter of fact his last grooming resulted in his beard being cut very short. While she was trimming his beard he whipped his head trying to get away and she ended up chopping a big chunk out of it. To make it look half way decent she had to cut the length off to even it up. A couple of hair cuts before that he almost choked himself to death on the grooming noose trying to get away from the blow dryer. (At least that is what we were told happened.) When we picked him up there was no white left to his eyes and his eyelids were so swollen they turned inside out. Needless to say we do not use that grooming establishment anymore.

We try to make up for the rough start he had in life by giving him as much love as we possibly can and hope that his future will be much brighter.