New Cat-Dog Hybrid • Can This Possible?

Shocked and amazed both Scientists and Veterinarians alike are baffled by a littler of pups that seem to be part cat! Yes, you read it right... part cat!

A very worried and frantic Felicia Johnson (of Sommtywongear, USA) contacted her veterinarian immediately after her three year old Chihuahua gave birth to a litter of four puppies because the puppies just didn't "look right".

Felicia stated: "It's just so strange. I noticed their bodies looked a little different and now at a month old you can really see that something's amiss."

No doubt about it. This new catdog hybrid is peculiar but also adorable. Check out the photo of one of the pups, Caper just below the actual newspaper article. You can't help but notice how the fur on the lower portion of this Chihuahua puppy  appears to be like that of a cat's.

For the very first time in history, it appears canine and feline have done the unimaginable. 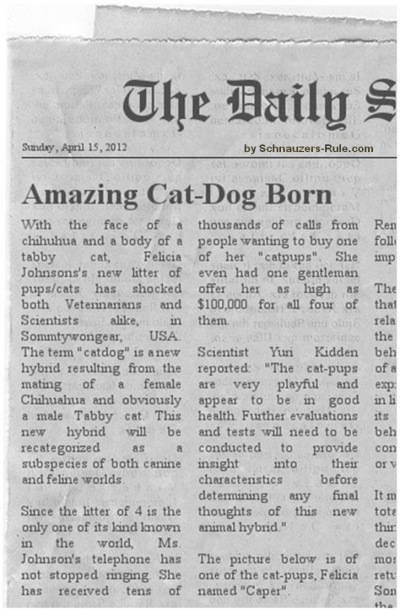 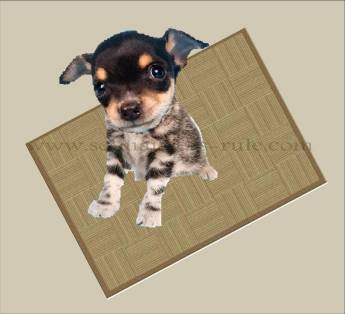 On a more serious note... Dogs are not as easily fooled as people are. This quote from Phil Pastoret says it all:

"If you think dogs can't count, try putting three dog biscuits in your pocket and then giving Fido only two of them."

This is a good reminder to us all. Never try to trick your dog into behaving a certain way. You will have much better results by training your Miniature Schnauzer with patience, kindness, honesty, and respect.


Get Social with Us